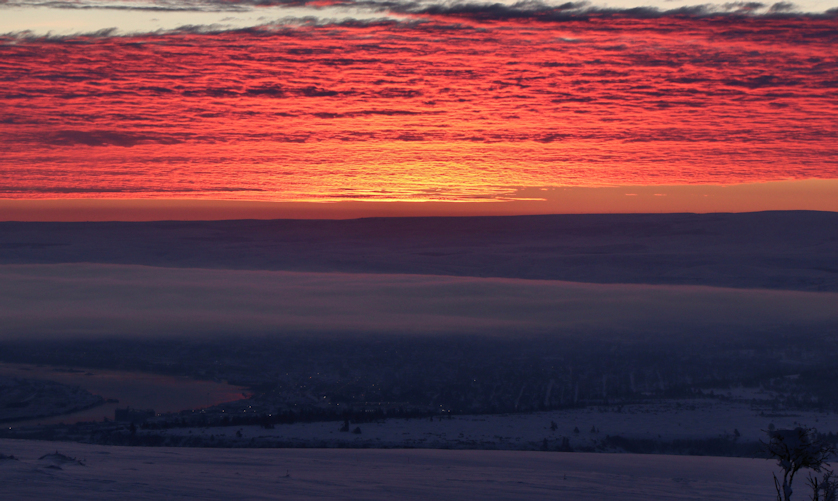 After the storms and during the thaws the homestead is starting to show some life around us once again.

We have had our deer come through a couple times, not often. The coyote kids have come through a few times, digging deep into the snow at the pit looking for left overs.

Hollywood and Lass have come up from the flatlands to hit the hummie feeders and visit on a few sunny days.

A few song birds have been through , but with it being so hard to get bird food around here now and one fatty grub, not sure what kind of bird he is, dumping the feeder cause he is just too big for it, the Fly-N-Go has been pretty quiet…. With the bird stations being low or out of food the hawks, falcons and and even eagles have been fewer.. If the Deli is out of Feathered Delight, no reason to hang around.

I haven’t seen our bobcat for awhile now, but then until just the last few days, I haven’t been able to see out of any of the windows after the torrential freezing rains came through making all of the windows opaque with ice.

I find that I didn’t take a lot of pictures during all of this, less even than I had thought but then, for me, once the snow covers everything, it all looks the same. Don’t get me wrong, it is pretty. Just six inches looks the same as four feet. Unlike sunrise pics, it just looks like the same thing over and over again.

That was it. That stopped me cold as it were. I tried to break through and dig out the paths again but it was a no go.

Once I did break through the ice to the snow, when I would chuck the snow, it just slid right back over the ice to the one low spot… where I had just dug it out from. I got absolutely no where fast. after five feet away from the door only to have five feet of broken ice and new piles of snow, I finally gave up.

The jeep was buried even before the last storm. The truck was absolutely stuck after it slid off the drive and into the snow and ice, burying it. But also, the lifted Samurai , 4X4 and chained, usually light enough to climb over most everything got tore up trying to get out and wouldn’t run.

The tractor already down and out and Ma’s; my better half, truck buried as bad as the jeep, we were completely stuck.

We would have been just fine with one small problem. Ma hurt herself with her chronic problems and we were running very quickly out of her meds. We can only get them when we can and it wasn’t till after we were snowed in that the problem hit. Her normal meds she has had to been taking now as well for the last several months also got super low so she was having to get by on lesser and lesser reserves and super low doses , trying to not run completely out.

My meds also getting low were much less of a concern but I knew I would have to do something about them as they are for my eyes.

We tried to get help, but were blown off. So, we just hunkered down and every day I would go out to try whatever I could think of to get out.

Finally, the weather made a complete turn around and started melting like crazy. We were losing inches every day.

Finally, I thought, I could try to get out. I got the sami running again and…almost made it out of the driveway before I had tore it up again , and once again , it was down.. the other rigs still stuck.

The thawing continued and I got the sami running once again. With in the next few days, I finally got to the bottom of our section of the road….and, eventually got it back home again though I got it stuck several times. The road was still in too bad a shape to get the truck or jeep out of it..and they were still stuck at home anyway.

I finally got the truck unstuck and back to where it was originally parked by the house. I dug out the jeep, though the hard pack was still above the jeep’s bumper…aaaaannnnnddd the battery was dead.

I kept working at getting the sami out the driveway still not making it past our entry.

With all of the thawing and all of the snow and ice, the road was basically a layer of Slushie with the next layer down as Soft Serve Ice cream and down to Vaseline on glass.. somewhere way below that was muck.

The layer of Slushie was pushing past my bumper on a nearly 2 foot lift above the original height. The soft Serve was about from just below the bumper, digging in around the pumpkin and axle and actually deeper than what my chains would dig into… Until I hit the real soft spots, then I was on glass under it all, yup, going uphill. The original deep trail I had made would toss me right back into those tracks where it was even worse after the thawing used those as runnels for the melt.. where I found some spots of muck.

Finally… the melting had gotten down enough that I could get the sami in and out, though I was all but red lining trying to keep her moving.. slow wont go when you are pushing snow with your bumper , frame and axles uphill all the while digging into the Soft Serve only to hit the Glass or muck.

Several times back and forth till the sami was all but torn up again.. I got back to the truck, crossed my fingers and ran it full bore in 4 low, the bed weighted as I plowed down the hill.

I made it out, got our mail that was there since before Christmas and on in the opposite direction to town to pick up what I could.

My list was pretty big and I was concerned about fitting it all in the cab, especailly after picking up the mail with a couple boxes there.

I got to town and every single store I went to , I could only pick up a few things on the list. The cities are just now seeing the shortages. We have been dealing with that since the outbreak. What worries me is, we have had the shortages because big business doesn’t care about these areas. They deliver to the Citiots who complain about having to bag for themselves.. and at the same time tell us NOT to bag for ourselves as it takes away jobs… OK Dumbass.. I can’t see well enough to do the damn Self Checkout. There are two lines running out of 12 because NO ONE wants to work. Those that are willing are being bashed by the crap heads that are too lazy to do the work. It doesn’t matter what job, there are all of the asshats screaming at these people for doing their best under conditions they can’t control.

” This is taking too long! I deserve it Now!” Only a completely useless piece of crap in their own little demented brain can expect anything now.. It is impossible , no matter how you scream about it. Get off your lazy ass and do it yourself then.

Being horrible to the people working while you sit on your fat ass is completely beyond my belief.

Calling them horrible names and calling them stupid and demanding this and that Screaming and cursing.. from your sofa.. I honestly hope that some time very soon all of these complete losers have to go back to work and Karma bitch slaps them.

I’ve put my decades in and destroyed way too much of my body to listen to whining little pukes going off about They Deserve.. Anyway.. yeah I am sick and tired of all these people bitching about literally everything…None of which will do anything but make things worse for everyone.. If you don’t like it, do it for yourself.

So, I got Ma’s meds. I got some new food.. Fresh-ish veggies. Most of them didn’t look too good. Shelves just empty in every store.

I put petrol back in the truck, biting my lower lip, I headed back up the hill. I got to our road again, running 4 low and gunned up the hill… I was feeling pretty good till I almost hit the rise and got buried. I slowly made my way back down and repeated the trip going a little farther until I was completely stuck… The normally 15 minute drive on our road took me over a half hour and it was just a little insane to try to describe.. It was one of those ” You had to be there ” trips. Another 10 minutes and more to just get up our drive.. which is normally a minute or so , of me throwing snow and crud in four rooster tails as I made my way in, I stepped out of the truck and slipped on the snot on glass ice I was parked on.

I finally walked in with four grocery bags that took most of the day to get.. none were full. BUT

I got Ma’s meds.. and just in time. She had just took her last one before I got back.

Ma, still using a cane to get around today, will probably swing it at me for mentioning it, is slowly getting a little better most each day.

The melting literally stopped the day after I went to town switching to freezing fog..

After all the melting, then freezing back up, it probably would have been not too much of a chore, maybe, to get in and out, rather than the 48F and sunny when I was on the melt…

I’ll try again this week to work on getting in and out without doing more damage to the rigs. I really am not in any hurry now…

I still can’t get back and forth to the wood shed though I am hoping that in the next week or so that may change as well.. though a more circuitous route will be involved. I have to be able to use the barrow, I could never carry wood in the stuff , I’d break something.

I also finally got back into the shop.. Not the Innie, but the shop. I’ll have to wait until it warms enough again to see about trying to dig it out. It is back to solid ice again.

All in all.. Getting out was an absolute nightmare but I did. I got to the stores though there isn’t a lot of food out there and , yes, you have to stand in line for a very long time to check out.. Don’t be an ass.. Just wait your turn. If you think you could do better.. Well, Hell, There are 10 more lines, turn in your damn app and show us your stuff.. Whining is cheap.. You Deserve to work.. or shut your pie hole.

It is very pretty up here and on the couple days I just gave in, mostly cause something is going on in me too, but when I just do my shortie walks to do whatever chores and sit and look, it is really a Wonderland out there and

Just another day on

Start a Blog at WordPress.com.